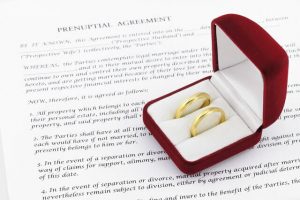 When people live in different jurisdictions and contemplate entering into a prenuptial agreement, they should consider the law of all relevant jurisdictions. Our dedicated international family law attorneys draft internationally relevant prenuptial agreements, often acting in collaboration with lawyers in other countries. While our family law lawyers are knowledgeable of the laws of multiple jurisdictions, we present the following for informational purposes only as the relevance and present state of the law should be confirmed before relying on the following:

(1) Australia. Australian Prenuptial Agreements, known as “binding financial agreements,” first became enforceable with the enactment of the Family Law Amendment Act 2000. Part VIII.A of the Family Law Act sets forth particular provisions concerning the oversight to be given to such agreements by family law attorneys. For a binding financial agreement to be binding it must be in writing signed by both parties; be given (the original) to one party with a copy given to the other; specify the extent of any spousal maintenance provided; and state that both parties have received specified independent legal advice and annex a certificate of an independent lawyer to that effect. Such an agreement will not be binding if: (i) it was obtained by fraud, (ii) it was made under duress, by mistake, or by virtue of undue influence, (iii) it is impracticable for all or part of the agreement to be carried out, (iv) there has been a material change in the care of a child leading to hardship, or (v) a party engaged in unconscionable conduct when making the agreement, such as where one spouse is at a disadvantage and the agreement runs contrary to good conscience.

(2) Austria. Austrian Prenuptial agreements are generally permitted and enforced, subject to specified conditions. Austria’s International Private Law Act provides that the formal requirements of a valid prenuptial agreement are governed by the law of the place where the agreement was made.  The law in Austria was liberalized somewhat by virtue of legislation effective January 1, 2010.  Now, a prenuptial agreement may include terms concerning the parties’ matrimonial home, although courts have the power to overrule such terms if they deem it necessary to do so.

(3) Brazil. According to Article 1.639 and 1.640 of the Civil Code, Brazilian courts will normally recognize a marriage contract that is valid under the law of the place of the marriage.  However, it is far more normal in Brazil for couples to choose one of the four available marital regimes at the time they marry.  The marital regimes are (i) the default regime is “Comunhao Parcial de Bens” whereby (a) the premarital property of each spouse remains the personal property of such spouse together with any property purchased during the marriage using resources or rights which predate the marriage and (b) property acquired after the marriage is owned jointly; (ii)  “Comunhao Universal de Bens” (community property); (iii) “Separacao de Bens” (separate property); and (iv) “Participacao Final dos Aquestos” (final partition of acquisitions, meaning that assets acquired during the marriage will be divided fairly).

(4) Canada. Canadian Prenuptial agreements are enforceable. Courts in Ontario and other common law provinces of Canada previously considered marriage contracts to be contrary to public policy and unenforceable, but since 1978 (and now continued in the Family Law Act) specifically authorizes marriage contracts. Such agreements must be in writing, signed by the parties and witnessed. They may deal with a broad range of matters, including the ownership or division of property, support obligations, matters concerning the education and moral training of children (but not issues concerning custody of or access to children) and “any other matter.” The legislation precludes spouses from opting out of those provisions in the Act that protect the rights of each spouse to the matrimonial home. The Family Law Act provides that a court may set aside a provision for support or a waiver of the right to support in a marriage contract and may determine and order support even though the contract contains an express provision excluding the application of this section under certain circumstances.

(6) France. Specific provisions concerning prenuptial agreements are set forth in the French Civil Code. Code Civil Francais, art.1387 et seq. While prenuptial agreements are permitted the parties do not have unlimited freedom of contract. The parties must appear together before a notary prior to the wedding and select one of the matrimonial (matrimoniaux) regimes offered by the French Civil Code.  The parties can select their preferred property regime, choosing between several versions of the available regimes, including “séparation de biens” (separate property) and “participation aux acquets” (participation in acquisitions).  Whatever statutory regime is selected, it can be modified to accommodate specific needs, but any modification is subject to specified public policy limits. Where parties choose not to enter into a premarital agreement, the default regime “de communaute legale” (community property regime) governs the legal relationship of the spouses.

(7) Germany. German Prenuptial Agreements are enforceable, but subject to many limitations and they must be executed before a notary.  The German Burgerliches Gesetzbuch (BGB) provides that a set matrimonial property regime, that of community of accrued gains or “Zugewinngemeinschaft,” applies between the spouses automatically upon marriage unless they select another arrangement by contract. The BGB also provides for two optional matrimonial property regimes, one of which is a system of exclusion of any community of property (Gutertrennung) and the other is a system of general community of property (Gutergemeinschaft). Germany’s Federal Court of Justice has ruled that notarized prenuptial agreements that seriously disadvantage one party in a marriage could be deemed invalid. The judges stated that while, in principle, a contract may state that one of the partners has renounced his or her right to receive alimony, if the agreement is one sided it would be morally unacceptable and could therefore be challenged. The court also ruled that a spouse is free to contest the contract in instances of imbalance where her partner’s income has risen dramatically during the marriage because, for example, she was home caring for children. In Germany it is not permitted to provide in marriage contracts that they will be governed by foreign law.

(8) Spain. Spanish Prenuptial Agreements are enforceable unless they should be detrimental to the children or seriously damaging to one of the spouses. In recent years, there has been a large increase in the number of prenuptial agreements signed in Spain.

Contact us today to schedule a free no-obligation consultation with one of our trusted international prenuptial agreement attorneys. We are here to listen to you – and to help!

Oberheiden, P.C. is headquartered in Dallas, Texas, and it assists clients with audits, investigations, and trial work nationwide. Call one of us today and benefit from our experience and industry knowledge in a free and confidential consultation.